The 1000 Years Shows brings together Songs, History and Comedy. Shows can also cover current and future events because the timeline is 1066 to 2066.

The song Kings and Queens is the foundations stone of the whole project and, like all other songs, was written by comedian and songwriter Anthony king.

The first show was called The Richard III Show which was a bite-sized, 20 minute performance played on the hour throughout the day at Leicester Guildhall during the Richard III re-interment.

Next was Magna Carta* Show followed by The Agincourt Show*, using the same 20 minute format. The 1000 Years Show was the name given to shows that covered various times and were a mixture of the above three and it has now become the overall title of the events.

In the first year (2015), over 500 shows were performed. More songs wre added in 2016 and 2017 and the catalogue continues to grow.  The Great Fire of London, Hastings and a themed show 'Famous Leicester' have all been covered and are constantly performed in 1000 years Shows.

*These shows were commissioned.

Below: Anthony's page in a new book by Steve Best. Joker Face contains over 500 comedians and is available now from Unbound 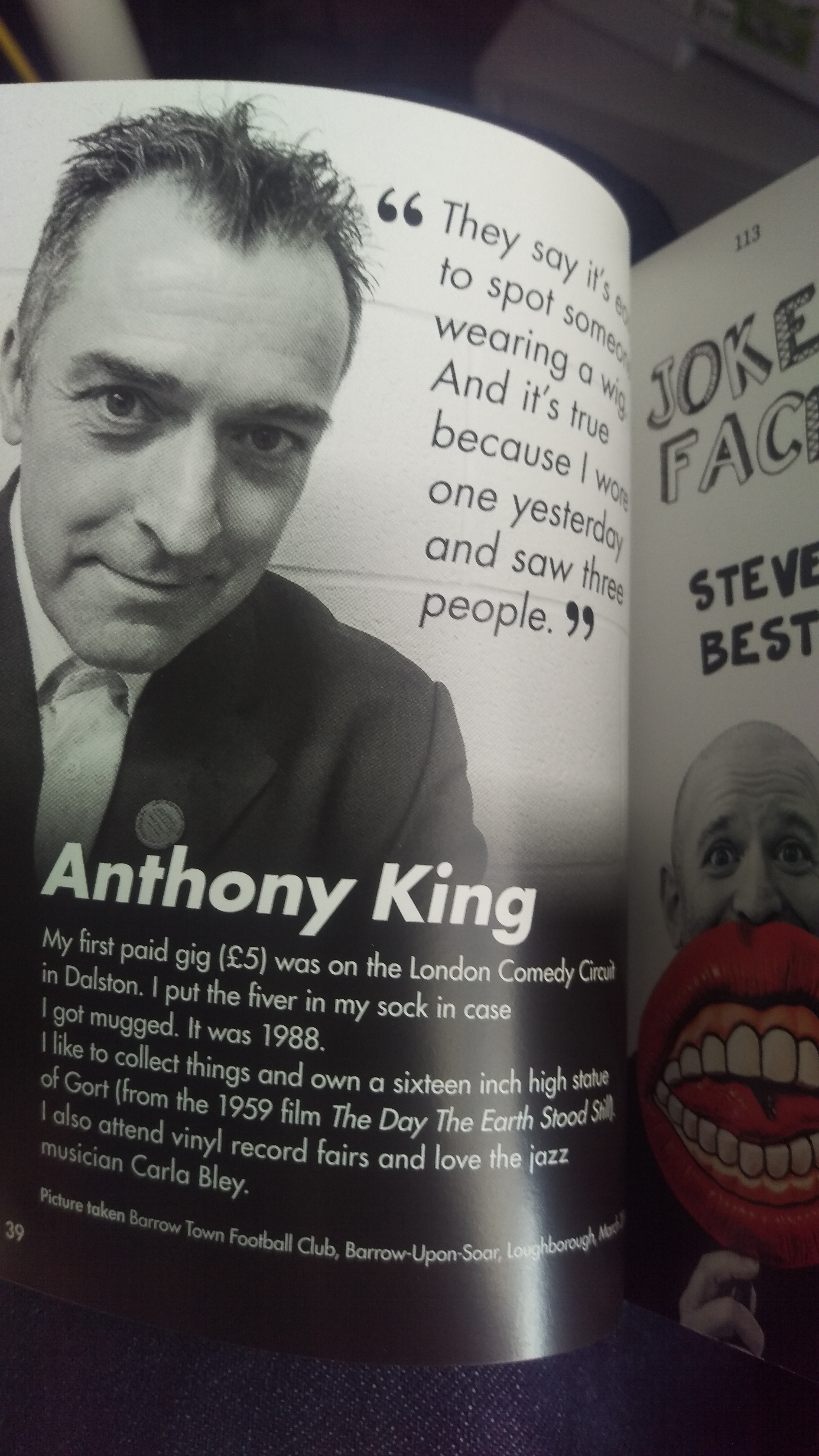